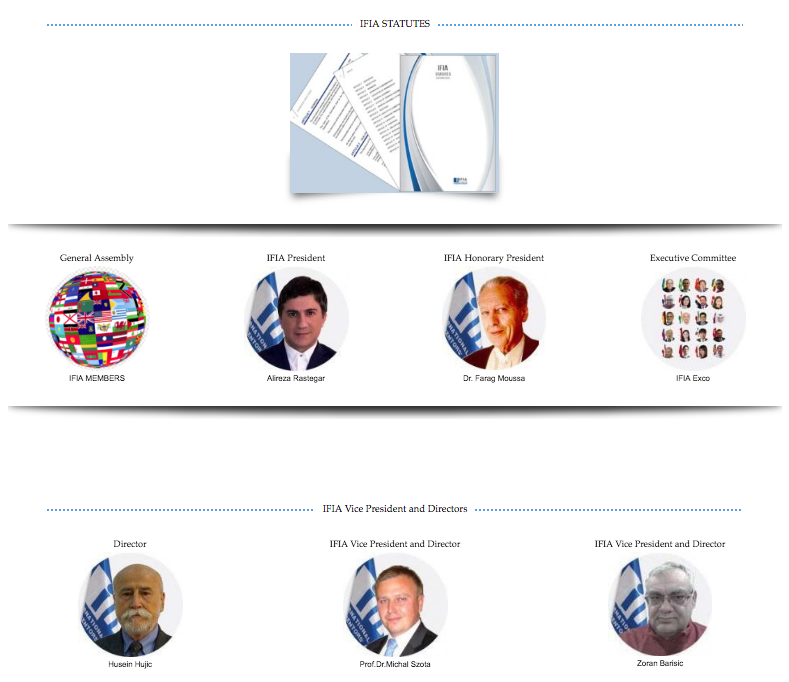 IFIA structure depicts the structure of the organization, different departments, and the relationship between its parts developed according to the Statues. As illustrated in the chart, the General Assembly is at the head of the organization authorized to elect the President and Executive Committee members. President administers the financial and official works with the help of the honorary president, directors, and advisors